Music is an industry and outlet for entertainment. It plays a big role in affecting other industries such as gambling. Apart from serving as a source of entertainment, music doesn’t directly affect casinos but the players of it.

The music can alter their behavior, decisions, and even the pace of each game which has been demonstrated and proven in numerous studies.

In casino marketing, music and sound effects have an extremely significant role. The traditional music and sound effects used in worldwide gambling casinos were also employed in their advertisements. This is to encourage once again the players have stopped playing. According to studies, the sounds of coins hitting a machine in casinos give satisfaction and can influence players’ decisions.

The Pace of the Game 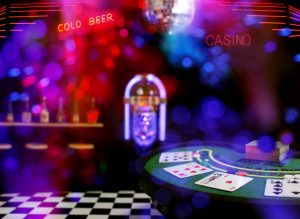 Generally, casino gaming is heavily influenced by music in terms of tempo. This technique has been employed by casinos for a while, and they play a particular genre of music that can either slow down or speed up the decision-making of the players.

Slow music works to slow down the pace of the game and allows players to concentrate, whereas upbeat music stimulates the adrenaline of the player to decide immediately.